Story of IAAPI — Surge Amid Chaos 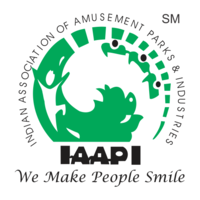 Indian Association of Amusement Parks and Industries (IAAPI) is an apex body representing the interests of Amusement Parks, Theme Parks, Water Parks, and Indoor Amusement Centre in India. IAAPI is a non-government, not-for-profit, industry-led, and industry-managed organization, playing a proactive role in the development of this sector. Founded in 1999, IAAPI is India’s premier business association having 461 members from the private sectors including small and medium enterprises consisting of park operators and equipment manufacturers. IAAPI is also recognized and affiliated by various international trade bodies operating in the Amusement sector.

IAAPI’s yearly surveys beginning from 1999 to 2021, indicate a steady rise in the number of members over the consecutive years — rising from around 243 members in the year 2011–12 to approximately 350 members in the year 2016–17. As per the highlights of the report provided by Sudharshan Ryagalla, Assistant Manager, IAAPI — the membership levels declined from 461 (All time highest) to 386 in 2021, almost mirroring the numbers back in the year 2017–18.

Organizational development is a major organizational function that has multifaceted goals, with a wide of techniques being employed; It entails developing, improving, and reinforcing structures in order to attain higher efficiency, reevaluating the member inclusion is another key aspect of the same.

During the harsh times of COVID-19, the organization has seen a mild stagnation in terms of member inclusion, however, there are some clear signifiers of the decline in stagnancy as the situation nears restoration of normalcy. Irrespective of the size or mission, notably, most of the organizations have faced a similar challenge during the pandemic that is showing symptoms of lasting a little longer before it finally bids goodbye.